Virtual Q&A with Peter Brathwaite about his Black Portraiture project 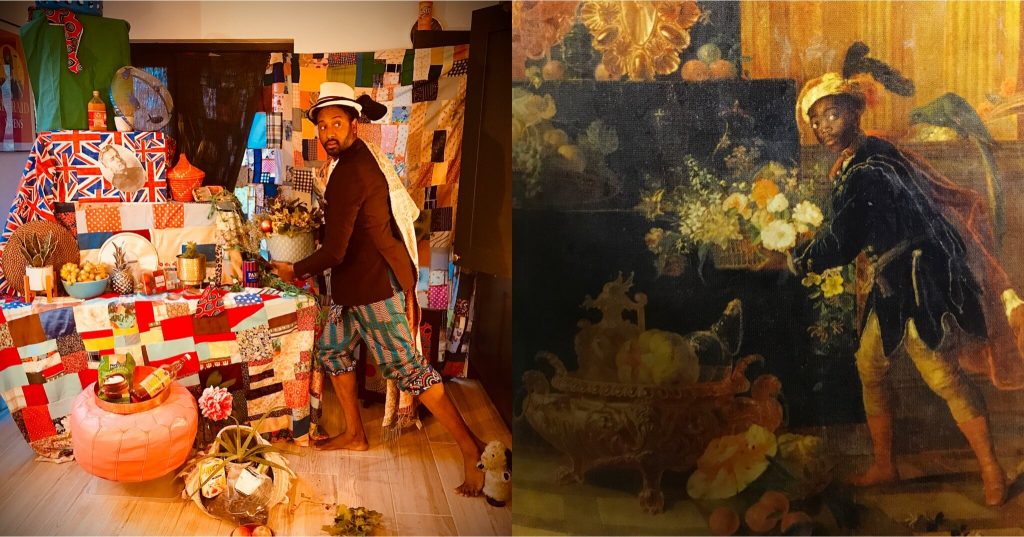 One of the real highlights of lockdown has been the amazing Black Portraiture project by Peter Brathwaite. With time on his hands, Peter joined in with the Getty Museum Challenge to recreate famous works of art – but he has taken it to another level!

The images are funny, poignant, personal , celebratory, challenging and much more besides; the historical context is impressively thorough too. This is anything but a superficial project, and will have value in classrooms everywhere as well as bringing some joy.

Peter is a man of many talents aside from this project, including:

In order to join Peter and Donald via Zoom, Saturday 4th July, 4pm (BST) sign up for free at https://blackportraitureshp20.eventbrite.co.uk

Michael Riley (SHP Director) sends out a regular newsletters with all the latest SHP news.

SHP's exciting new series for the OCR B GCSE

Having sung the praises of the generosity of @OCR_History teachers, I realise it is time to do some sharing myself. Here is a GDrive link to my Migrants to Britain GCSE resources: https://t.co/hWFU58VcIB - acknowledgements below. @swerupa: hope some use for your course change. >>

So glad to hear you are loving it as much as we do!

Updating our gcse units today and resources and I just want to say how much I love @1972SHP @OCR_History gcse. Here’s some of the reasons why:

Quick boost for this poll about migration history at KS3: responses gratefully received 😊

Honorary fellow @danlyndon would like to know: have you introduced migration history at KS3 since it appeared on GCSE specs in 2016?

One month to go!
Join us on Sunday 6th June (@SPBeale made a mistake last time!) at 8pm to discuss the amazing River Kings WITH the author @CatJarman.
You WILL want to add more Vikings to your curriculum after reading this. #HTBC